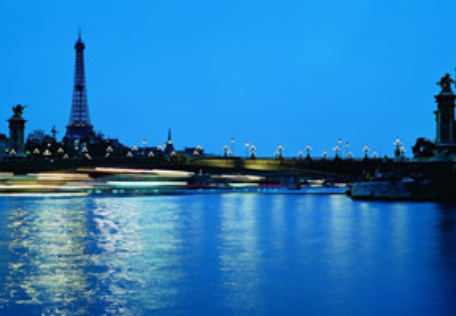 To all TV- and Radio -Stations

Please, let this writing be translated in many different languages and handed over to the right places.

In this case please, let this writing be handed over to the Danish Embassies in your Countries and to your Government.

How many writings do you still need actually, how far are you twisted actually and how far do you have let stultify your mind?

Today heard from the news, a sulphuric acid tanker collided in the port of Hamburg.

Every individual person who deals for example with sulphuric acid, whether as a manufacturer, as an insurance agent, as a ship owner, as a middlemen or as a captain should first of all deal with the reaction of such danger substances.

Thus the route of transport was chosen for the sulphuric acid on the waterway, wasn’t it?

This had to be right and particularly, if it is a question of 500,000 l of sulphuric acid, or﻿ even not?
That could have done a nice big bang with all what have belonged to it, even if alone the half of the sulphuric acid had yet not run out.

Nevertheless, you and other ones﻿ quite obvious﻿ require the risk for a long time and you also will know, that terror announcements can be sold fundamentally well about the news transmitters.

Nobody will set oneself up crosswise in the case of emergency, even if some people would have corroded with Sulphuric acid or if by the dangerous gases somebody had come to death.

These people cannot have long ago ﻿no more both oars in the water or what ﻿wanted to pay these people﻿  for such a possible disaster or in which form these ones wanted to take  on the responsibility?

These and other ones have also accepted the risk of a natural catastrophe just like that, because in the case of damage by an Act of God the insurance﻿ would not need to take over the caused damage and thus such a dangerous cargo﻿ was prevented by no sides.

This writing here is not the first one of my person, referring to the shipping trade and the tankers with danger property, however hopefully, it will be the last one.

You probably see all too many action films, otherwise you would at least have divided quantitatively such a dangerous cargo and would have chosen a way of transport, where sulphuric acid cannot still react in addition with another substance like water, you ill and stupid…………........., you.

You, nevertheless, speculate in the case of emergency with the risk inquiry of the society and still get away with it, because nobody, simple no person prosecutes you for such a risk, which could have coasted many people`s  life by the dangerous transports.
Afterwards also nobody will be able to prosecute you for it, if a person gets in a dangerous sulphuric-acid containing gust of wind, since this will also be invisibly and perhaps odourless like many other substances, those once evaporate sometimes here and there.

Also my person must wonder for what purpose sulphuric acid is required in these quantities; what do you want to do with it or to produce in this way, multiply fertilizer?

Where from  could  come these quantities and where is its destination?

In future You and other ones will have to get used to the fact, that the earth anymore is a self-service store and that at first must be asked, who, whether and how many materials are to be received, for what purpose they are used or needed and where they will go.
You naughty ill striplings will get a nasty surprise, because no writing of my person is drafted and written for the fun of it or as a pastime.

My person also would like to recommend you at the head of the media urgently to do not market any songs with the context like  „Lost Paradise" or „The last Song of Earth has already begun long ago”, so that still everybody joins in the singing and dances in addition, doesn’t he?

In future shall be considered most exactly, how the danger substances have to be transported and whether a need exists for it generally.﻿

Should exist a necessary, then must be asked, in which quantities the transport has to take place and by which immediate measures one can neutralize or remove these substances in ﻿the case of emergency﻿!