The beginning is hard for everyone.....

Attention of the Editors 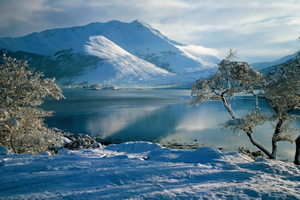 "Love your Enemies" (cf. Quotation from the Bible text)

Please, let the German-language  writing be translated into many different languages and be handed over to the correspondingly places.

There are days when I feel that the Empress comes through, so I have to be careful that the "horses don't run away with me."

My thoughts often cross boundaries that any person with life experience and sense should be able to confirm.

Today is such a day when you diseased and twisted creatures should get to know such thoughts, in that you and your kind will very quickly realise that my person will take the great masses out of nappies and sit them on the jerry.

As we have all witnessed, there was a real bang during the Christmas season, to make it clear for you to understand. We are talking about the seaquake in the Indian Ocean with a magnitude of 9.0 on the Richter scale.

The world was shocked by the magnitude of the disaster, quite literally. Help came from all sides of the world, so that humanity could prove that it would stick together in an emergency.

This "big bang" did not come out of the blue, just like the earthquakes that followed on our globe until date two and the preceding strong quakes, the huge volcanic eruptions, hurricanes, landslides and floods.

The last quarter of the second millennium, through research and development in the most diverse sciences, especially called technology combined with chemistry, ensured that the entire global economic cycle had to focus on consumption in the end, because instead of physical power, nuclear energy as well as other energy sources allowed mankind the way to a seemingly cheap and inexhaustible exploitation of the earth.

Thus, in one place the earth was exploited and pumped up and in another place it was hoarded and built up, down or over a wide area. Cavities or dry land were created in one place, and underground stations, skyscrapers or rubbish dumps in another, which could ultimately threaten the groundwater.

The earth's crust of the earth's plates was forced to become increasingly inflexible and harder by this change, so that the earth's mantle will also already have been partially affected.

Since it has been known for decades that the Earth's plates collide, one should then not be surprised at the increasing frequency and intensity of volcanic eruptions and earthquakes.

The high number of aftershocks also clearly shows that the earth will no longer calm down, on the contrary, the signs for an escalation and the collapse of the earth are already "standing on red!"

But now back to the seaquake and the consequences it caused. It happened unannounced in the Christmas season of Christianity and it happened in a tourist paradise, there where the locals have to earn their living through tourism.

Many tourists managed to escape through the solid and high hotel buildings, also because the disaster rolled towards the coast in the early morning and many tourists were not yet at the beach, were on their way or were still in the hotels.

The locals in their unstably built and dilapidated houses or huts fared differently. They had no chance and perished. Many of these dead left behind their children or grandchildren in an area or habitat where livelihoods have to be earned through tourism.

Donations have now been made for that living space which the civilised world would like to see rebuilt through many aid campaigns, because in bad times one could recharge one's batteries there, couldn't one?

There are such and such, some refuel themselves in this way, others in a different way, through an offer that will obviously become more and more generous, or will it not?

The many children who lost their parents in the catastrophe, some of whom will be orphans without relatives, will now be at the mercy of the insatiable consumer in the holiday paradise, whose could always escape to the high and firmly built hotel complexes and high-rise buildings in an emergency.

Of course, generous donations were made for the bereaved and not every donor had ulterior motives in doing so, many people also still had very clean motives for giving help to others, but what good is it to an orphan if, for example, he or she could receive a school education with these funds and will end up on the streets after all?

You sickened gluttons will put an immediate end to this consumption and not only in the acutely affected holiday paradises!

You will have to learn to look after each other, otherwise it may happen that one day, which will not be very far away, a foreign species will discover tourism on earth and what will happen then is anyone's guess.

Then you will get back what has been so generously aborted worldwide and had to fall into foreign hands one day, namely the entire control of the history of Creation, where the planning and predetermination of a life also has its origin.

All the intelligence of the highly developed cultures of mankind could be targeted through this used control, so that one could end up with a tube down one's throat and a chip transplanted into one's brain.

The vernacular would call such a thing an alien attitude, this too should sound familiar or something not?

Of course, many Christians and especially many clergymen will now say, but that is an un-Christian letter and that too at Easter? !

And what is the point of Jesus' statement in this letter at all, when it begins with the subject line "Love your enemies"? !

Easter is the feast of joy, doesn't this person know what Easter actually means and what makes a Christian!

This letter with its presumptuous insinuations and sick fantasies is an unqualified impertinence, isn't it?

You sick bums will hopefully get to know my person in time as a person who figuratively holds the reins in one hand and beats the whip in the other, standing on a simple ladder wagon with a team of horses and with the horsepower of a jet plane!

With this team of horses, my person will chase through this sick pigsty, or rather, through the entire global and sick 'ramshackle hut', until every screwed-up weirdo realises the writing on the wall.

In the process, you and your ilk will meet a real Catholic Christian and at the same time come to understand the difference between her and a wannabe Catholic.

The team of horses will be put together by the Monumental-Area also by the Authorities, which will consist of three people.

This will not only preferably include some Roman Catholic bishops, but also dictators or monarchs with a criminal career.

Mention should be made here of the former President of the United States, George Bush (ret.), who gave the order for chemical warfare bombs* to be dropped.

Furthermore, the hated and notorious former Iraqi dictator S. H. should be mentioned**, as well as many other rulers from other cultures who have offended against humanity.

These criminal** horses in the team of my person will be one of the most valuable, as they could steer the change of sides and thus will get a fair chance to redeem their caused heavy guilt against a corresponding very high performance.

You and your kind will please also confront theologians, philosophers and archaeologists with this letter, so that Jesus' statement "Love your enemies" will be interpreted correctly in the future and acted upon accordingly.

The whole matter is about, among other things, "waiting horses" and the "interchange of wedding couples", whereby the outcome of this matter is quite obviously made dependent on humanity.

For this reason, the world's highest intellectual powers are called upon.

Therefore, please send this letter to other satellite addresses of TV- and radio-stations to make this letter public.

You wanted to make a difference in world history, otherwise you would not have sat behind a microphone or stood in front of the TV camera, would you?

Now you have an honourable task in the control of your Authorities, which you will please carry out or have carried out as editors in your activity as moderators, otherwise you too will learn that and how my person holds the reins!

Furthermore, please take great care in the future that yelping or being adored by the hits and hit songs will no longer affect the children, otherwise you will learn "Schnappi, the little crocodile"!

HP: The underground nuclear tests have also certainly triggered some severe earthquakes, which my person could name in more detail, whereby the Catholic France in particular should be mentioned in this respect. (A letter to this effect is available for France.) My person has been observing for a long time and I observe well.

Unfortunately, the greasy and venal experts of geology* will deny this, since they too, or especially they, like to fly on holiday as tourists, and therefore the ozone layer will have to wait this year too, until every one of these cowardly nutcases has returned from holiday.

*On 29 March 2010, the Geman-language letter was corrected to make it easier to understand.

In this context I would like to recommend as Easter letter 2010 the link of the former UN Special Envoy and Advisor Jean Ziegler, who bears a concentrated information, which in this form may be exaggerated or difficult to understand and can easily be misunderstood but which you and every other adult please have to take very, very seriously, although my person also wants and has to pull the terrorists into the boat!